The RILINK ARIA Collection is a selection of fiction and nonfiction titles for all grade levels by authors with Rhode Island connections. Authors who are members of ARIA (The Association of Rhode Island Authors) have donated titles to this collection. RILINK thanks them for their generosity!

Students, teachers, and faculty at RILINK member schools who have access to interlibrary loan may borrow any title in the ARIA Collection (subject to availability). Please see your school librarian for more information.

To preview the titles in the ARIA Collection, please visit the Explore the Collection box below.

The ARIA Collection will be hosted on an annual rotating basis at RILINK member libraries. Narragansett High School is currently hosting the collection.

If your library is part of the RILINK Consortium and you would be willing to commit to a one-year hosting schedule, please contact RILINK at info@rilink.org for more information. Thank you! 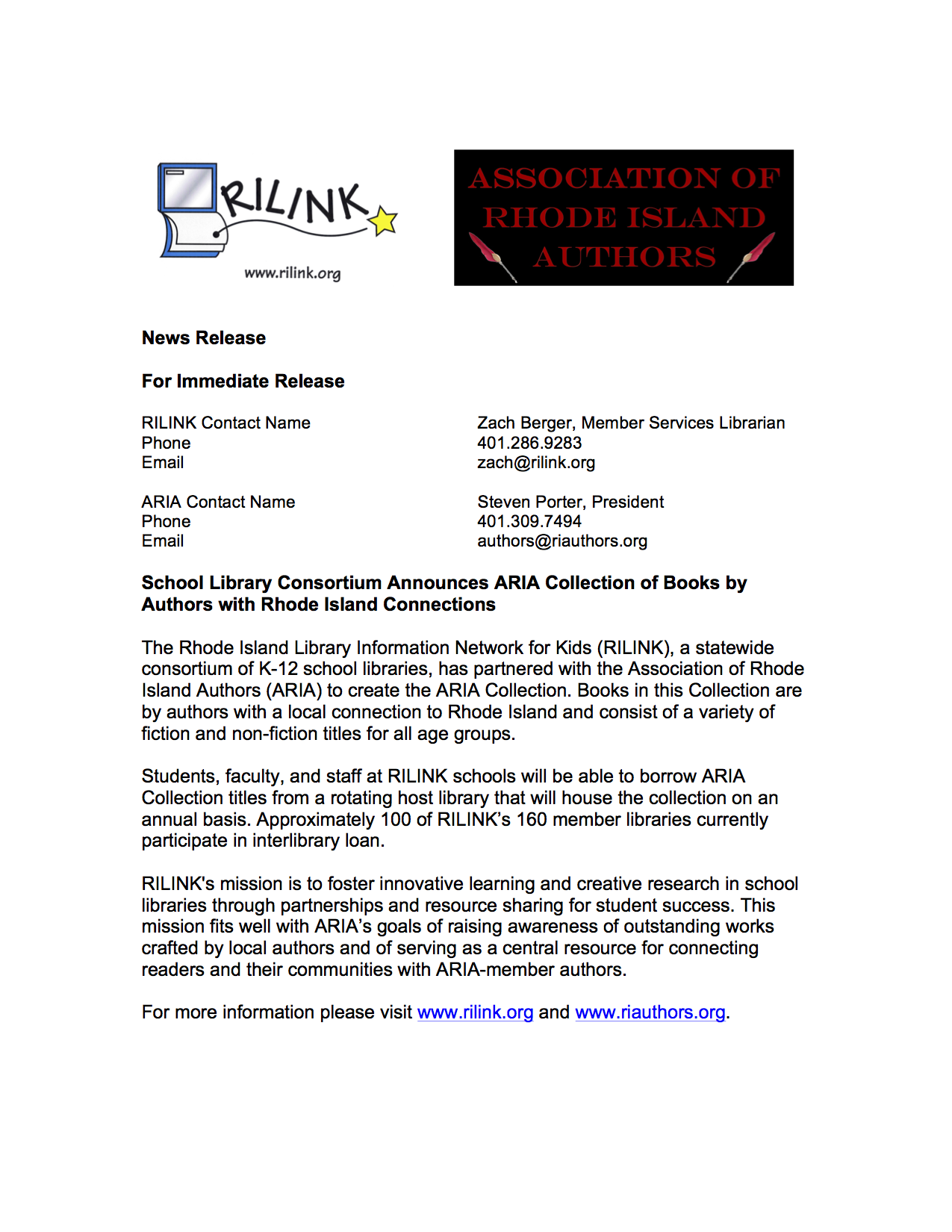 RILINK is grateful for the

that ARIA authors have made to this diverse Collection!

Library patrons at any RILINK school that participates in interlibrary loan may borrow ARIA Collection titles (subject to availability). Visit your school library for more information.

Titles in the Collection are organized by interest level in the tabs above. To view a sortable, printable list, please visit this link.

From the ARIA website: "The Association of Rhode Island Authors (ARIA) is a non-profit organization of local, published writers of both fiction and non-fiction committed to raising awareness of the outstanding written works crafted by writers in Rhode Island and other nearby communities."

One of ARIA's goals is to become the go-to resource for anyone "seeking information about and presentations from Rhode Island authors." RILINK is happy to assist ARIA with this goal and is grateful for the donations that ARIA's authors have made to the RILINK ARIA Collection.

For more information about ARIA, please visit their website:

All ARIA-donated books have the following bookplate inside the front cover, so you'll always know which titles are part of the ARIA Collection. 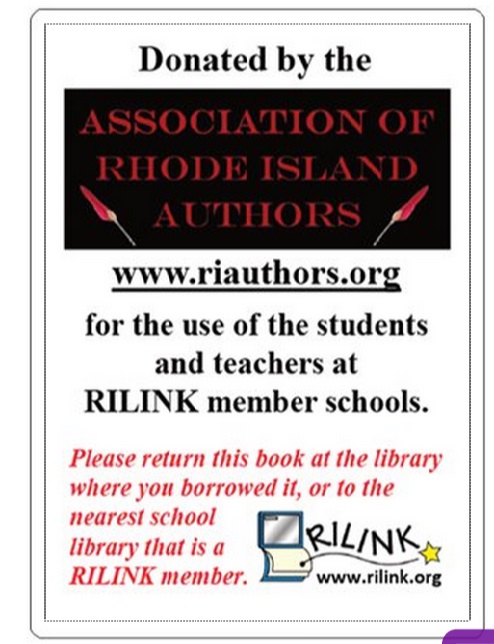